As a follow up to the article about the dark patterns, in which I tried to provide an example of how the internet is becoming a stinking place, I'll try now to suggest how I see a counteraction to change this trend.

I'll also experiment with a more abrasive writing style, just to test the waters and see if I like the final result.

The free-with-advertisement internet was introduced years ago with 450x60 pixels banners with flashy GIFs, lurking users to click and lead them to the product object of the advertisement. The technology evolved, browsers became containers for all sorts of monstrosities widely exploited by advertisement networks to sell these "ad spaces".

We started with advertisement (a valid way to promote a product) but ended up enabling companies the worst practices to monetize from users.

"Monetize" is just a dumb word of today's lingo to describe the economic transaction between me (the user) and the entity I am receiving content from. When put into these words, does it sound more familiar? Maybe like when you're going to the grocery store and buy vegetables: give the clerk some coins and receive carrots.

Well, this is exactly what happens when you land on a website with advertisement. The simple action of being there starts the transaction, whether you see it or not. That's the "fuck you" part of the title - because you're being circumvented into believing a lie instead of being honest and say: "Dear visitor, you can grab whatever you want, but keep in mind that we are filming your moves".

I believe the reason they're not honest about that is that they don't know what to say about the data they're passing on to ad brokers: the how, when and the purpose the data will be sold are misterious, they expect you to read wall of texts with vague terms and conditions which basically translate into asking you to sign a blank statement. All this cannot be conveyed in a clear and understandable way for people to grasp the implications.

If you re-read the previous paragraph, the answer is already there. We must go back to an economy where the transaction boundaries are clear and the consumer is fully aware of what's happening.

Why is it ok to pay for a newspaper but we sigh at the paywalled website and then laugh when reading the article from outline.com - oh, we feel so smart for having contributed another nail on the coffin of a honest transaction model.

When you go buy groceries, would you leave a profile of yourself to the clerk and agree to receive advertisment instead of paying your carrots? Why not? Because carrots feel more real? Because there's a supply chain that can't survive on ads? Well, now let's go to the editor of a online newspaper and ask if their work is not tangible enough.

Let's start giving actual value when we see it.

As a developer, why should I use a code forge such as Github1 for free when it gives me value? Why should I use my developer tools always for free? No wonder that mantainers seek alternate way of funding (sponsorships in the best case, trackers in the worst), but only a fistful can earn enough to keep on working full-time on their project. And so we sigh (again) when we read that product X has been "aquihired" by the big company, we already know our beloved product is now doomed to extinction.

There are two actors in this story:

As an example, Sourcehut: the project maintainer knows how to sell a damn product, the transaction is crystal clear: I will give you these services, you give me money, the transaction ends here. Now go and enjoy your new toys.

How can anyone trust Microsoft when they install all sorts of metrics in their operating system and advertisement of software completely unrelated to the product I've paid for? 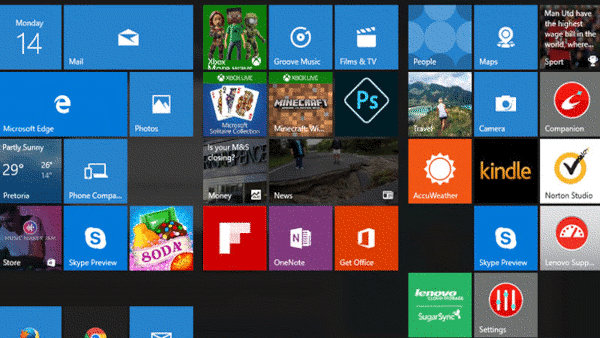 Why do I see a lot of articles on how to disable advertisement on Win10 instead of a huge fucking class action against Microsoft to rip that crap out of the operating system?

That's because people are DUMB, we are so used to the "freemium" business model to the point that instead of tackling the actual problem (invasive advertisement and unclear purposes of tracking), we work around it and so here we are scrolling through a lot of stupid blog posts explaining hidden settings or third-party tools.

I don't want to spend my evening closing all the loopholes that a default installation of Windows leaves open. Loopholes of a product that I have paid in full. I want to pay and then get to work. Just boycott the damn product.

People asking these questions receive vague handwavy answers about "psychological overhead" for the old business model not working anymore today. This is plain bullshit. If you offer good content and less spam, people will perceive the value in your content. Filling it with ads or cookies makes it look worthless, what I perceive is that you want to make money from advertisement, not from your content.

Everyone is fighting for a share of your attention. It's impossible to personally give money to everyone so let's try splitting the content/services you enjoy in macro-categories:

Finally, let's not forget that not everything must be sold at all costs:

All these points together show a credible picture of an alternate "economy".

§ This is already happening

I'm not sure if it's me living in a bubble but I have the strong feeling that since around two years the wind started changing. I read more and more concerns about where and how data is used, people start asking questions and they now realize they've been given vague answers at best and borderline illegal at worst.

Widening for a moment the spectrum of the discussion to also include paid services, I see more and more of them including the word "privacy" among their selling points. I see a tendency to move the focus back on the product, rather than giving it away with a catch and lots of asterisks. Companies living on advertisements rushing to reassure their users that their data will be handled with the utmost concern and care (whether true or not, but that's for another day).

Personally I'm learning all I can to be able to provide my services in full compliance with the privacy expectations of a customer like myself.

Github is probably not the best example because they can theoretically afford to lose money on users and not having advertisement because they are owned by Microsoft, so if the mothership bought them for a strategic choice of market dominance, it's not really important to be also a cash cow. Where did I hear it again?